No College Admissions Scandals here… IRC has got you covered with Water Polo clinics!

Learn the FUNdamentals of Water Polo, including egg beater, 2-meter, and dry pass– and it’s a great workout!
Coach Marcello will introduce basic water polo principles and techniques and host fun scrimmages.
Participants MUST be strong swimmers as the entire hour is spent in the well.
Clinics are free to members. Members may invite 1 Guest to attend the clinic at the guest fee of $8 pre-paid here and pre-registered online.
Sunday clinics in July: 24, 31
Sunday clinics  in August: 7, 21, 28
6:30PM-7:30PM  for Ages 10-12
Sign up today!
7:30PM-8:30PM for TEENS! Invite a friend!
Sign up today!

About Coach Marcello
Coach Marcello began his water polo career in high school and swam and played for his university. He was selected four times to play for the Scottish Universities team which is similar to an all star team that competed in tournaments in southern England against schools including, Cambridge and Oxford Universities. He trained in Annapolis with Naval Midshipmen, and after graduating college he played with a “masters” team in Seattle, Washington, alongside teammates from Stanford, UCLA and Berkeley– all waterpolo powerhouses. Unfortunately, injuries forced him to quit. Now, he leads IRC as the upcoming powerhouse of water polo in Potomac!

Participants will be introduced to basic water polo principles and techniques as well as play in scrimmages. Participants MUST be strong swimmers as the entire hour is spent in the well. Clinics are free to members. Members may invite 1 Guest to attend the clinic at the guest fee of $8 pre-paid and pre-registered online.
6:30PM-7:30PM for Ages 10-12
7:30PM-8:30PM for TEENS/13+

We are proud to be a sponsor! 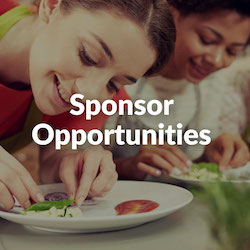 Be one of the first sponsors on our new website. Great for local restaurants, real estate agents, brokers, dentists, etc. YOUR target market is here! Show you give back!

Are you a local business or service looking to increase your presence in the neighborhood? Become a sponsor of IRC!
Get recognized in our community by appearing on our website, newsletters, emails, and apps!